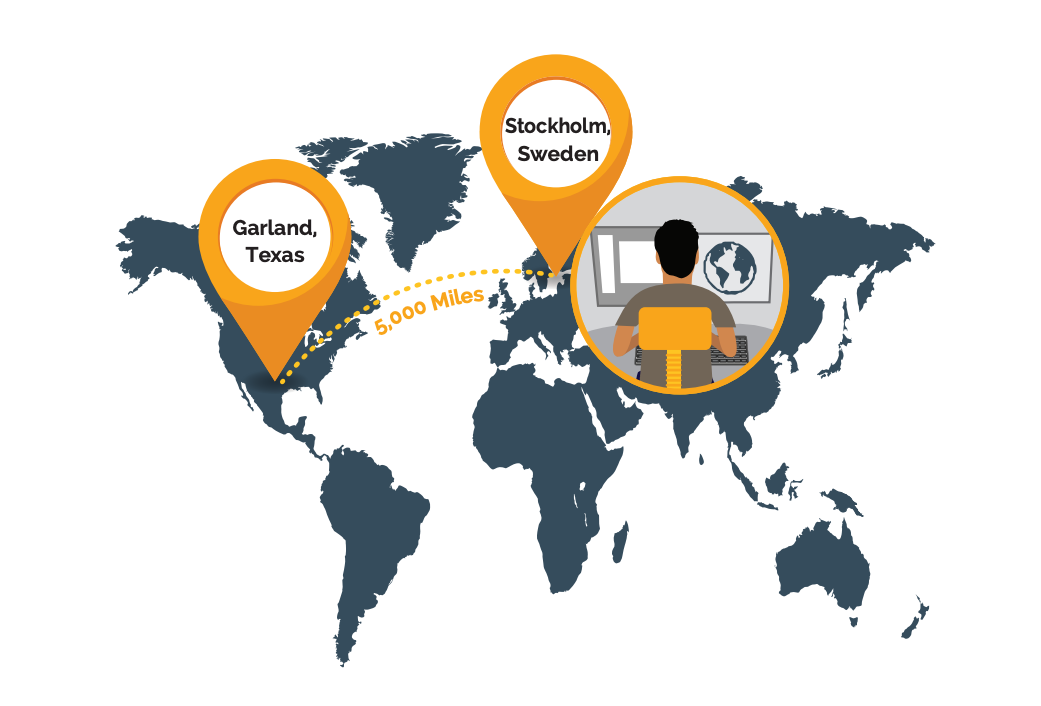 Technology improvements aren’t about having the most recent, trendy gadgets. They’re about real-world solutions.

In summer 2017 we did a transcontinental demonstration that was a record-setting event for Epiroc. The demonstration involved a cab-less Pit Viper 275 in Garland, Texas, controlled more than 5,000 miles away in Stockholm, Sweden.

The feat demonstrated how the teleremote and autonomous capabilities of the Pit Viper – already in use in mines around the world – can be used from any location in the world, not just the rig’s job site.

Epiroc participants took turns operating the Pit Viper rig and commanding it to run fully autonomous. During these periods, this test group was able to monitor the rig’s progress and activities, just as a remote supervisor would, through holistic drill reporting interfaces and a bench camera.

Operators in Stockholm expected a lag in the rig’s reaction to their control inputs. Utilizing traditional ground-based fiber optic network, however, they found rig responses to be nearly instantaneous.

The intercontinental demonstration was a logical next step in Epiroc’s automation journey.

The first step for teleremote operation was to enhance safety for some operations by removing drillers from the rig for any of a variety of reasons. Once we accomplished that, the next obvious thing to do was to increase productivity where distance between operator and drill was key. We were doing that in many instances globally, and some of us began wondering just how the Pit Viper’s teleremote capabilities would stand up to overseas teleremote control.

The test itself wasn’t just a remote startup and a cheer from the crowd. We put that rig through its paces during two full days of normal working shifts lasting 10 to 12 hours. The first part was letting everyone take turns operating it. The other part was autonomous drilling, monitoring drilling operations just as some mines are already doing in their real-world operations.

Teleremote and autonomous drilling from large distances is not something futuristic anymore. We no longer talk about what drilling capabilities might be like some day. They’re available to put in your hands right now and have been for a while.

Teleremote operations and autonomous drilling are not a fad. They’re designed as a solution, an enabler. Each of the installations we have scheduled is for mines that did their homework. They recognized the value it represented for them in their operations. It’s a math equation in the end. Either they needed it to achieve their goals and bought it, or they didn’t, simple as that.

That demonstration was ground-breaking and established a base for further R&D efforts. 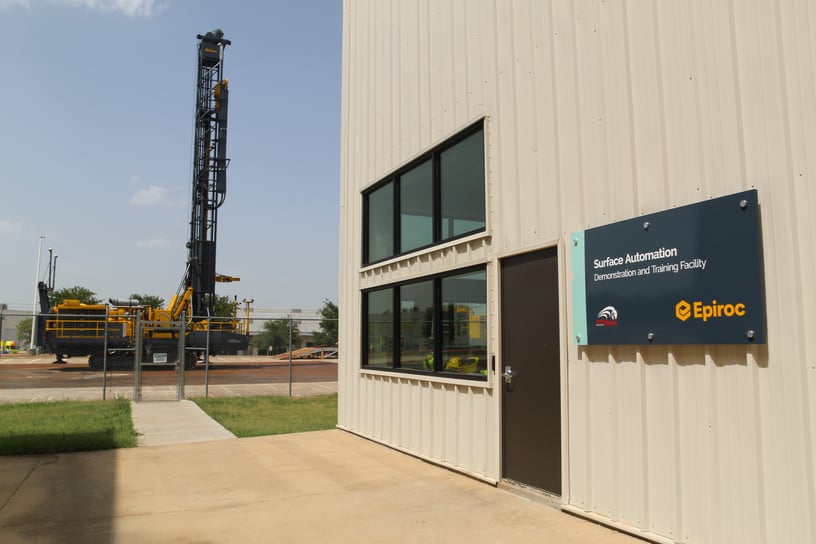 State-of-the-art automation equipment like that described above requires thorough training. For this training, product managers and product specialists attend Epiroc’s Automation Boot Camp, where they are immersed in every phase of the process using the same equipment they will use on the job.

Automation Boot Camp is held several times a year in Garland, Texas, at Epiroc’s Surface Automation Center, which features a specially equipped classroom and full-scale automated drilling rig. The camp attracts attendees from all over the world, all speaking the same language — automation.

Those who attend Automation Boot Camp gain first-hand knowledge of the benefits automation offers, including operator safety and comfort in addition to increased productivity and efficiency.

The quiet, air-conditioned classroom where training sessions are held is modern but casual, with huge flat screen TVs, shelves stocked with binders of documentation, a refrigerator filled with refreshments, and people rapidly scribbling notes from subject matter experts.

When it comes to automated drill training, attendees can control a rig with no noise, fumes, dust or vibration. Many are surprised to see how the joysticks on the compact control pad replicate those on a manually controlled rig, which simplifies retraining. The operator watches the drill on a personal console screen and can supervise up to nine drills at once.

The world’s mining industry is becoming safer and more efficient thanks to developments in automation by Epiroc. Automation Boot Camp represents a unique opportunity to learn about and experience the next revolution in mining. 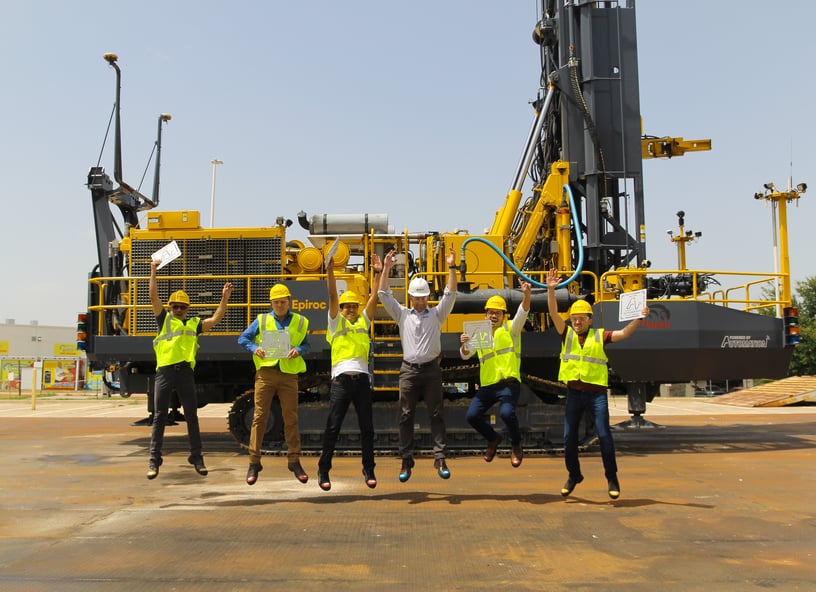 As the Product Line Manager for Automation, Tyler Berens is responsible for developing, employing and promoting automation and autonomous products onboard the Pit Viper fleet. Prior to joining Epiroc, he served 7 years as an officer in the United States Military. During his time, Tyler led tactical communications units directly supporting special operations followed by time in a strategic planning role. Tyler completed his Undergraduate in Management Information Systems and Master’s in Business Administration.