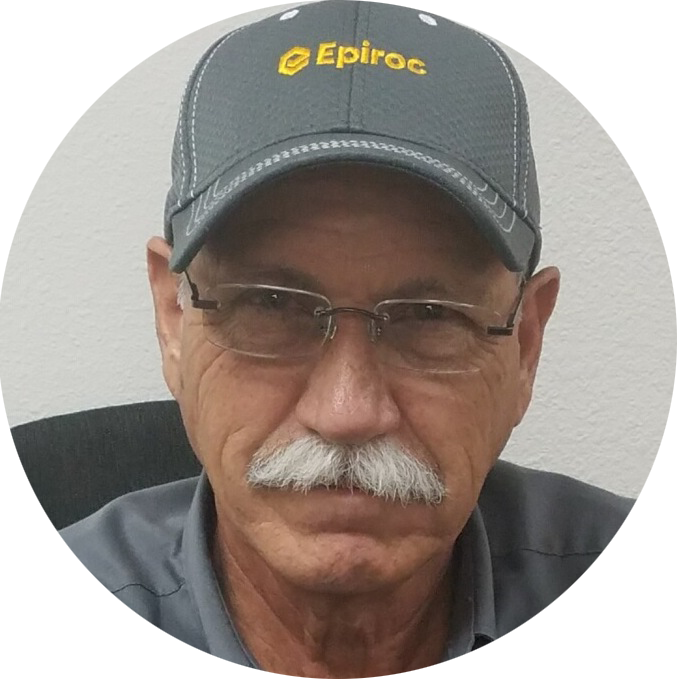 Find out how to save money by rebuilding pipe for use at the mine. Tracking data proves pipe repair can cut the cost to less than half of new.

We have been Epiroc for over a year now, but some good stories from the Atlas Copco days are still super relevant today. One of them, from 2015 edition of our Mining and Construction USA print magazine, tells about a successful solution offered by Rock Drilling Tools division and Service division, (now same divisions at Epiroc), to help the customer find significant savings through a rebuilt project.

When copper prices dropped to record lows in 2015, one Arizona mine set out on a company-wide investigation to lower operating costs. It also invited its trusted suppliers to submit ideas.

Atlas Copco’s Chan Farrington and Ben Buechler had seen a pile of discarded pipes lying in the yard on their frequent visits to the mine. Many of the pipes they knew to have life left in them. Farrington is the Southwest Regional Safety Coordinator but also serves as product support specialist and works closely with Buechler, the mine’s Atlas Copco Rock Drilling Tools rep. They recommended the mine let them repair the pipe.

Buechler and Farrington had already experienced success with rebuilding pipe elsewhere. “We’ve always been able to repair pipe,” Buechler said. “We just need permission to do it. You have to get them to change their mentality.”

Dealing with rebuilding pipe requires a mine’s manpower to inspect discarded pipe, load it onto trucks and ship. Mines need the process to give them pipe at less than 60 percent the cost of new to make it feasible – and then only if they can trust the repaired pipe to stand up as good as new. For many mines, without hard data to back the money-saving claims, the risk can appear too great.

Farrington and Buechler went to this mine’s “junk pile,” and identified 32 repair candidates right away.

Buehler said, “Ideally, you’d run a pipe until it either wore out or was classified as BER – damaged ‘beyond economic recovery.’ But all mines pull pipe for other reasons, such as cracks or leaks, or pipe bent from operator error.”

Farrington said, “We started with the mine’s 8 5⁄8-inch- diameter pipe. As long as it measures at least 8 1⁄8 inch along its full length, it’s repairable.”

When only a portion of the pipe is below the minimum, a pipe may still be a candidate for repair. That section can be cut out and replaced with new material.

Pipe candidates were especially bountiful at this mine due to its large fleet of rigs and pipe-changing routine.

Each of their Pit Viper PV-271 rigs is equipped with two 30-foot-long, 8 5⁄8-inch-diameter Atlas Copco drill steels for drilling 50-foot benches to a 7-foot subgrade.

To prevent rig downtime between two-week preventive maintenance intervals, the maintenance crew swaps out pipe they suspect will not make it to the next scheduled maintenance. These pipes are taken to the scrap pile. Many are well within the requirements for repair.

The Atlas Copco Thiessen facility near Vancouver repairs pipe and then re-engraves the pipe’s original serial number on it, adding “R1,” for first rebuild. Mines can track the pipe through its entire life cycle, comparing its footage as a rebuilt pipe to footage put on pipe before repair.

Since Atlas Copco tracks the pipe by its original serial number, its full life cycle can be documented, a practice of this mine. The records gave hard data for comparison.

“We found that in almost every case,” Farrington said, “the mine had actually put more drill feet on the pipe after a rebuild.”

This is in large part due to a combination of variables such as the mine’s maintenance practice, drilling conditions and production schedules.

“That they put more footage on the rebuilds proves how well the rebuilds perform in comparison to a new pipe,” Farrington said. “The workmanship from our British Columbia facility was flawless. We’ve experienced zero failures from the rebuilds even with more feet drilled on them the second time around.”

This mine is getting 81,000 feet per day on average on rebuilt pipe. One rebuilt upper pipe drilled 300,000 feet and was still running. Some of the steels have now been sent for rebuilding a second time. The number of times a steel can be rebuilt before reaching BER depends on its remaining diameter.

Farrington said the savings to this mine is substantial. “We’ve done this for them several times now. Repaired steels cost less than half the price of new. Nine rigs with two steels each – that means 18 pipes running at any given time.”

The pipe repair program has proven so successful that the mine is now preparing to do the same in the future for its four Pit Viper drill rigs running 9 1⁄4-inch steels.

“Larger diameter pipe often produces even greater savings,” Buechler said. Material costs are higher, but the repair processes and labor are similar for the more expensive, larger-diameter pipe to those used for smaller diameter rebuilds.

Buechler said he is using this hard data to share the savings with others in the industry. “It’s more economical to run a new pipe to its full life expectancy. In practice, every mine pulls pipes for cracks, leaks or bends. Setting them aside until they have a truckload to ship to Atlas Copco Thiessen is all ‘found money.’” 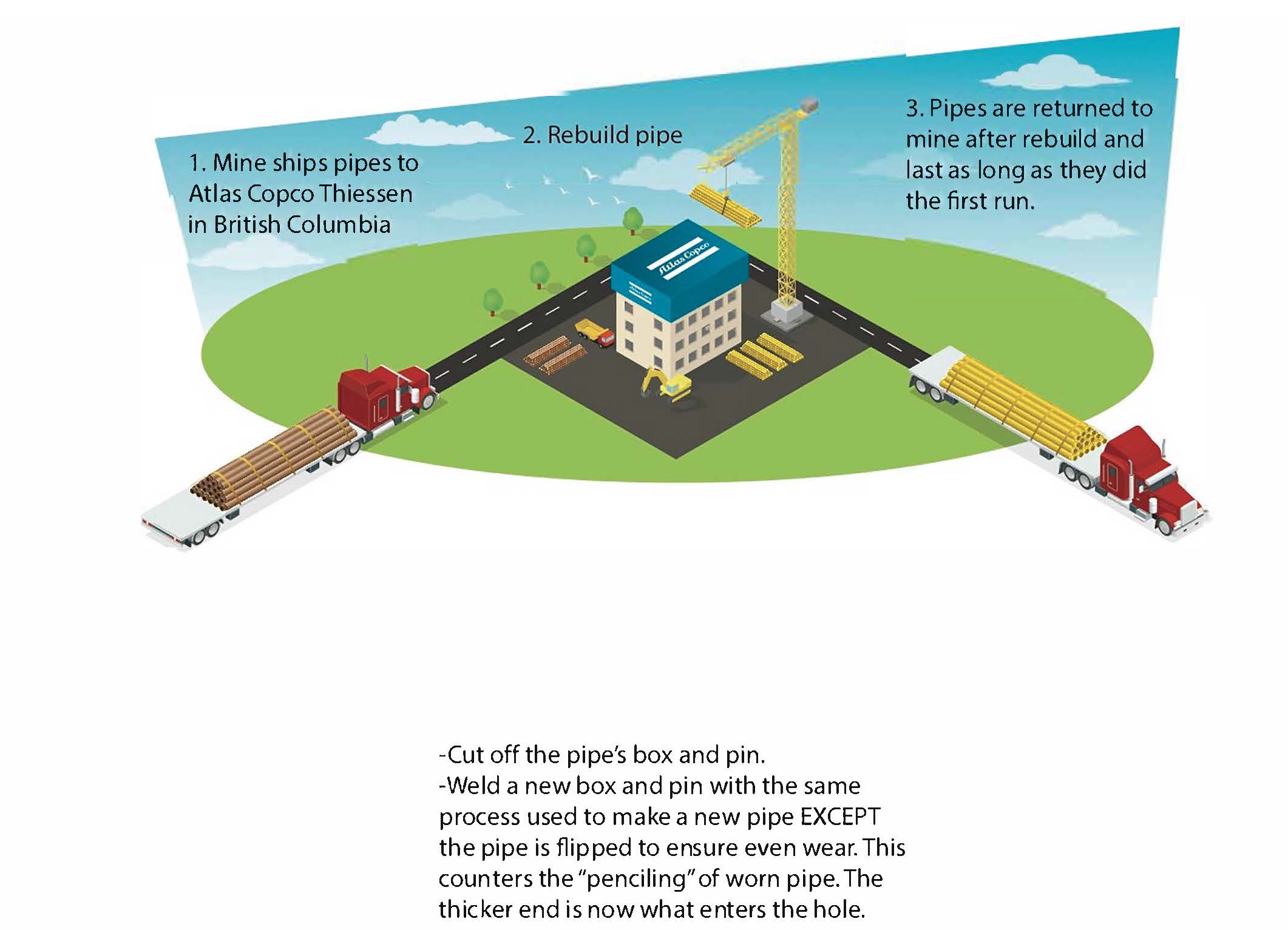