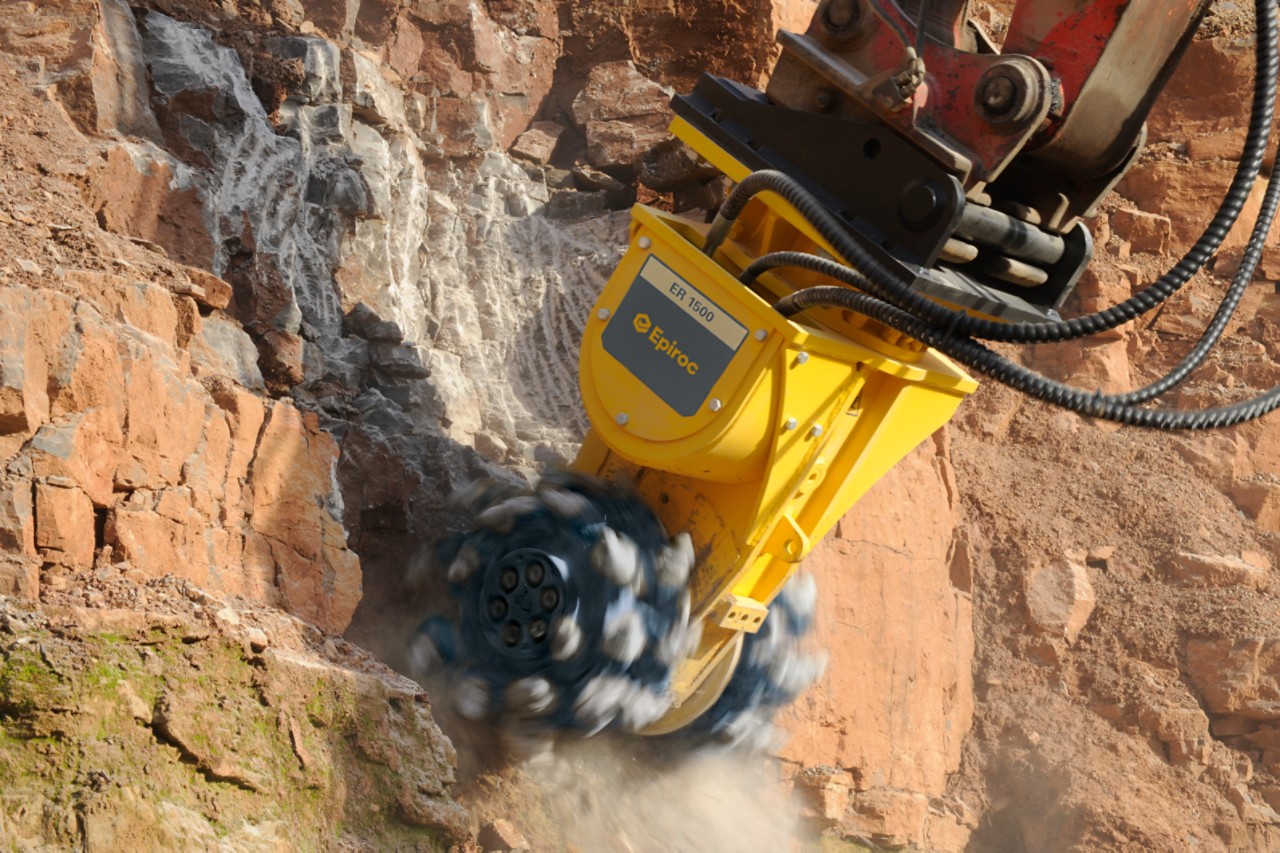 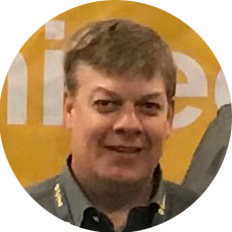 It took less than 10 minutes of demonstration for Kevin Hylton to make hisdecision to buy both the Drum Cutter ER 1700 rotary drum cutter and the Komatsu 360 excavator it was mounted on. Hylton manages Little B Enterprises with his father, founder Buck Hylton.

The ER 1700 was being demoed at Little B’s request on the site of an 8,000-foot sewer line installation in hard limestone near Castlewood, Virginia. Three weeks into this job, Kevin Hylton knew the hard rock here was putting the project’s seven-month deadline in jeopardy. “We were making no progress at all, putting in only about a stick a day.”

The hydraulic breaker attachments just weren’t performing well enough. To dig a 4-foot-wide trench to a depth of 8 feet, the crew had to break and excavate rock out to 9 feet wide. The excess broken rubble the hammers left behind had to be hauled off site for disposal.

Hylton needed to see what a drum cutter could do. He called Matt McQueen of Power Equipment in Kingsport, Tennessee. Epiroc delivered the Drum Cutter ER 1700 just days later.

Drum cutter attachments come in a wide range of sizes for mounting on skid steers, backhoes and excavators – basically any hydraulic carrier ranging 3 to 55 tons with adequate oil flow and pressure. The ER 1700 i specifically is used on carriers in the 30- to 50-ton class.

The first day using the ER 1700, the Little B crew installed three pipe lengths – more work completed in a shift than they had achieved in a week with a hammer. The increased speed is due to the drum cutters’ aggressive cutting action and greater precision. “I was amazed. It just started cutting, right away. That’s why I knew we wanted it minutes after it began.” 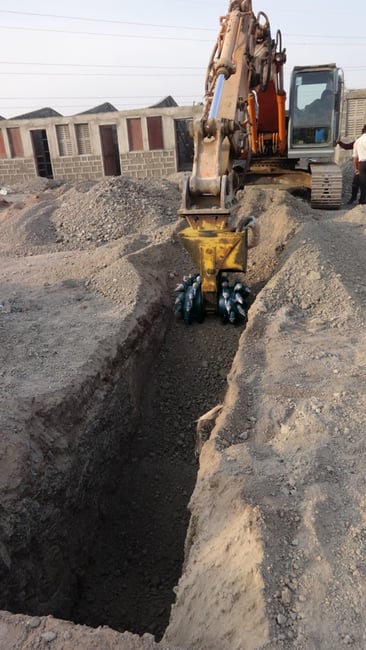 Hylton said since that first day they’ve averaged triple production using the drum cutter. “In addition to that, what we’re cutting out makes good backfill.” The rotary drum cutter makes uniform sized cuttings, not chunks of rock. “It’s just economical all around. I get a lot more rock out, I get a safer trench to work in, and I get a bonus – good bedding material.”

Hylton said he may stockpile fill they haul away from their grading, profiling and leveling jobs for future use in other projects.

Durability was the only remaining concern Hylton had after making the decision to buy so quickly. “It’s such an aggressive machine, and considering how severe this rock is, I thought maybe we’d be stopping throughout a shift to replace picks. But no, we’ll go six shifts before we replace picks. We can change a pick out right there in under a minute. We could repick the entire drum cutter if we wanted to in under an hour, I bet.” For an ER 1700, that’s a total of 56 picks.

Hylton said, “Really any time and cost for replacing picks amounts to nothing. Considering that I’m tripling productivity. It turned out to be a very economical tool.”

Power Equipment has now sold several drum cutter units already and is renting out a couple more. McQueen said, “They’re just so much more efficient, and maintenance is so much lower. That’s really important to them. Customers want to break rock, not hammers.”

In another month at this pace using the rotary drum cutter, Hylton said Little B will be back on schedule, and may finish the job ahead of schedule.  Hylton has already identified profiling, grading and rock removal jobs after the cutter is done with this project. “I definitely see us getting more drum cutters,” he said, “The drum cutter is the wave of the future. I can see them becoming very popular in our area. Without one, you just might not be able to work here pretty soon.”

Little B Enterprises is a regional specialist in water and sewer line installations as well as providing grading, profiling and trenching services. Its fleet of 20 excavators is also available for rapid mobilization

Founded in 1946, Power Equipment Company, a subsidiary of Bramco, Inc. is headquartered in Louisville, Kentucky, and is a sister company of Brandeis Machinery & Supply Company. Together they constitute one of the largest construction, mining, and forestry equipment distribution networks in the United States with 14 full-service branches throughout Tennessee, Northern Mississippi, Eastern Arkansas, Kentucky and Indiana. Power Equipment sells and services construction, mining and related handling/processing equipment to customers working in or near Tennessee, Northern Mississippi, Southwest Virginia and Eastern Arkansas. The rental arm of the company is Certified Rental.